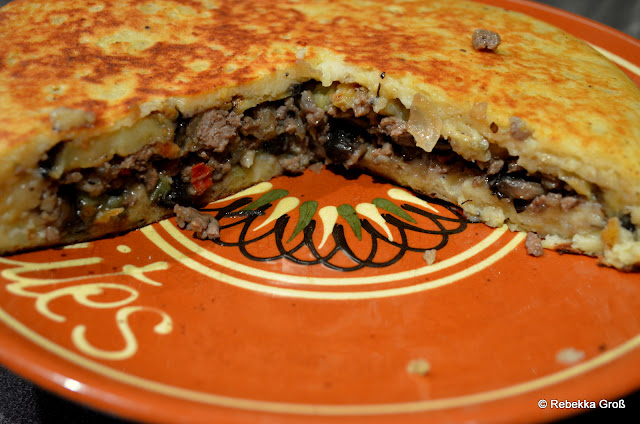 When a fellow foodie translator posted a link to this video last week I knew I had to try my own version of a giant pan fried potato cake because the filling wasn't my cup of tea. No veg for starters ;) The video is in Italian but easy to follow (and I've translated the ingredients).

Here's my version with mince and sautéd veggies. Originally, I was going to make a vegetarian dish but I'd just bought fresh mince so I incorporated that.

I made the potato cake as per recipe but didn't add salt as I'd boiled the potatoes in sufficiently salted water. Also, there's salt in the parmesan and I also seasoned all the fillings.

1. First make the dough by mixing the potatoes, flour, parmesan and egg by hand until you can shape it into a dough as shown in the video. Set aside.

2. Finely chop the onion, garlic and chili. Heat a little oil in a frying pan and sauté for a few minutes until soft. Add the mince, season with salt and pepper and fry until the mince is cooked. Transfer into a bowl and set aside.

3. Wipe out the pan with paper towel. Thinly slice the aubergine. Heat some oil in the pan and fry the aubergines until they are completely soft turning and adding more oil as necessary. Place on paper towel and season with pepper and salt.

4. Slice the pepper and mushrooms. Add a little more oil to the pan and sauté the sliced veg until lightly browned. Set aside.

5. Divide the potato dough into two pieces. Lightly brush a small (20 cm) frying pan with oil and spread out one half of the dough, forming a rim. 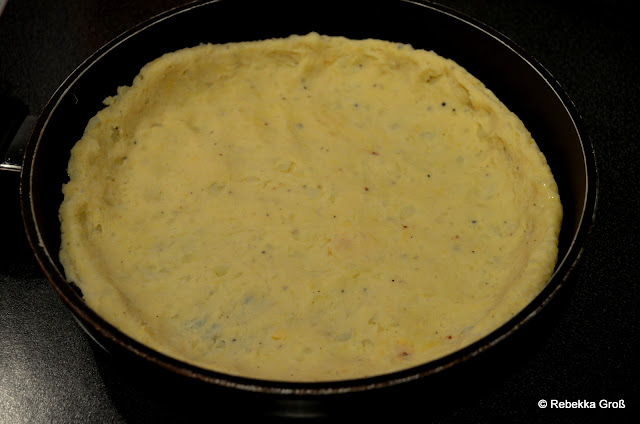 Place the aubergine slices on top, followed by the mince and the pepper and mushroom mix. 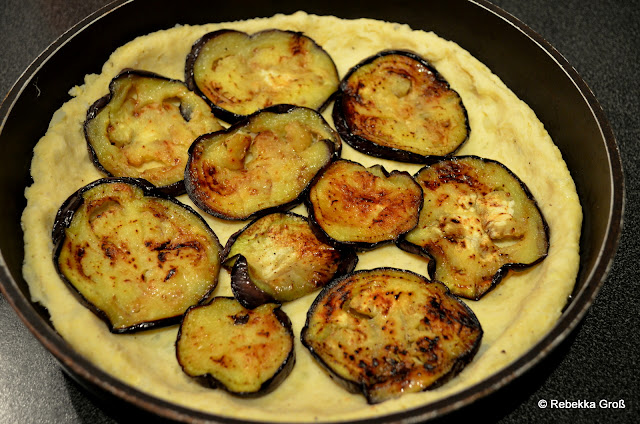 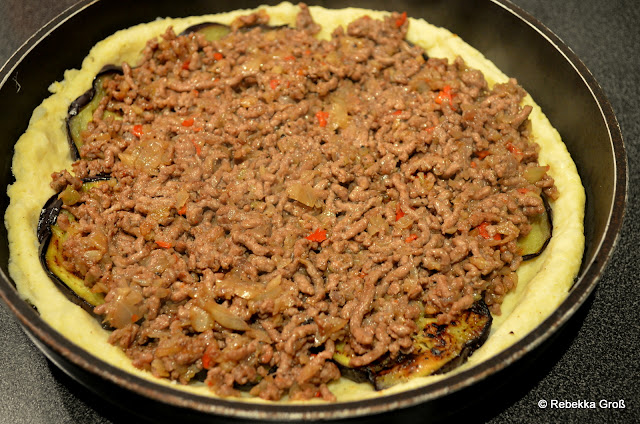 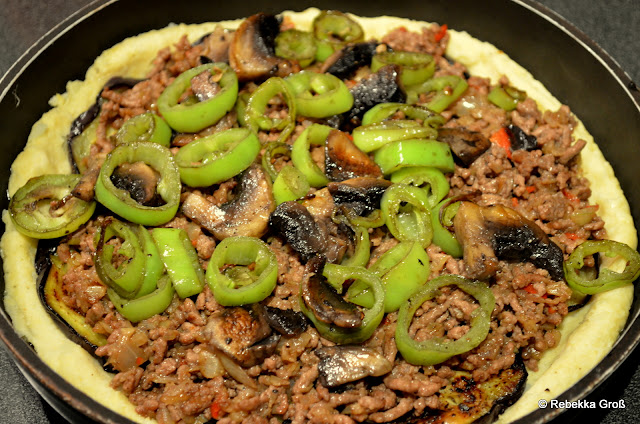 Flatten out the second half of the dough and place on top ensuring pressing the edges of the top and bottom layer of dough firmly together. 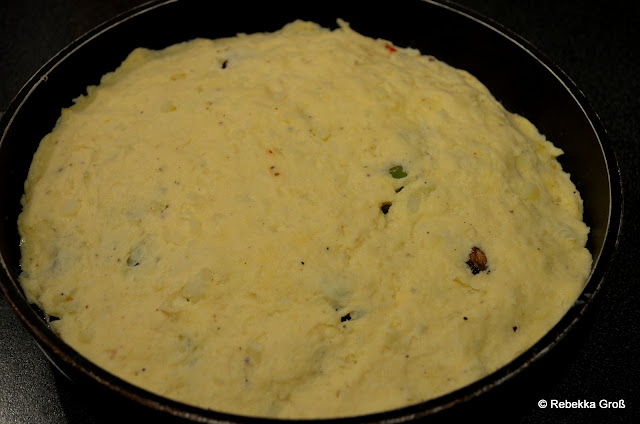 6. Fry over a low to medium heat for 15 minutes on each side until golden. 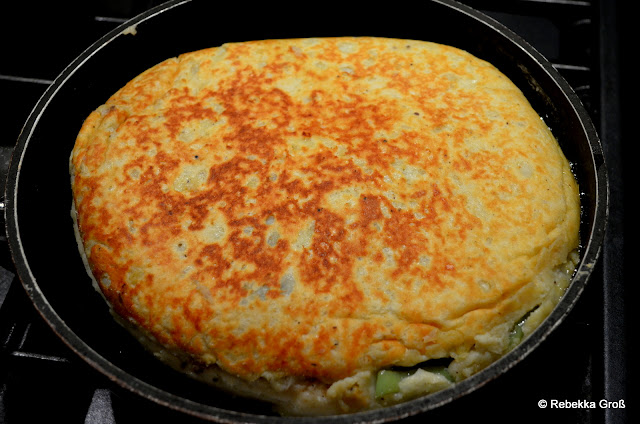 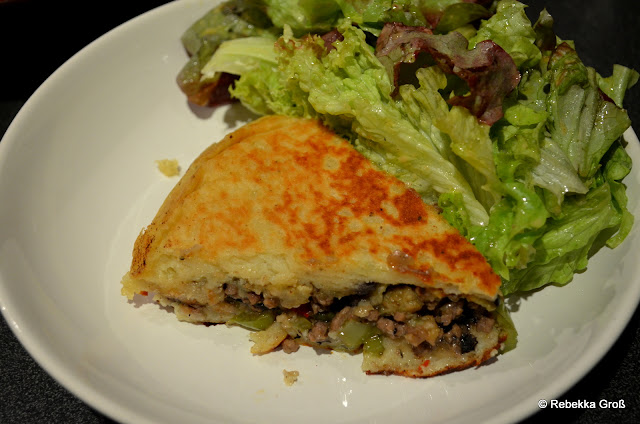